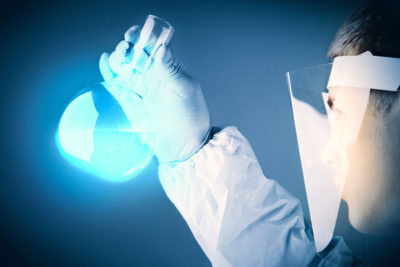 Keyword research, which will prove the principle possibility of quantum teleportation of photons.


This is necessary for fundamental physical reasons of principle possibility of distant broadcast genetic and metabolic information using polarized (spiniruûŝih) photons. Proof, applicable both to translate in vitro (with a laser), and in vivo, i.e.. in the biological system between cells.

Experimentally demonstrated quantum teleportation – transfer and restore on any arbitrary distance state quantum system. In the process of teleportation primary photon is polarized, and this polarization is passed to the distant State of. The pair tangled photons is the object of measurement, the second photon of the confused pair can be arbitrarily far from the initial. Quantum teleportation is a key element in quantum computing.

The dream of teleporting – It is the dream of the ability to travel simply by appearing at a distance. A teleportation can be completely characterized by its properties of classical physics by measurements. In order for the, to some distance to make a copy of this object, it is not necessary to pass to parts or pieces of. All, What is necessary for this transfer – It is filmed with a full information about it, that can be used to recreate the object. But how accurate is this information to generate an exact copy of the original? If these parts and pieces will be presented by electrons, atoms and molecules? What will happen to their individual quantum properties, which, According to Heisenberg's uncertainty principle, cannot be measured with any precision?
Bennett and others. [1] proven, It is possible to transfer the quantum state of one particle to another, i.e.. the process of quantum teleportation, that does not transfer any information about this condition in the process of transferring. This difficulty can be overcome, If you use the principle of tangle-free (entanglement), the special properties of quantum mechanics [2]. It shows the correlation between quantum systems significantly more strictly, than it can do all the classic correlation. Possibility of transmission of quantum information – one of the basic structures of the wave quantum communications and quantum computing [3]. Although there was rapid progress in quantum information processing, difficulties in managing the quantum systems do not allow you to make adequate progress in the experimental implementation of new proposals. Not promising rapid strides in quantum cryptography (the primary considerations for the transfer of sensitive data), previously we only successfully proved the possibility of quantum dense coding [5], as quantum mechanical amplification data compression. The main reason for this slow progress in experimental, that although there are methods of generating pairs of tangled photons [6], tangled State atoms are only beginning to be studied [7] and they are no more available, the muddled State of two ticks.
Here we publish the first experimental verification of quantum teleportation. By creating pairs of photons through the tangled process of parametric down-conversion, as well as through the dvuhfotonnoj Interferometry for analysis of tangle-free, We can supply quantum properties (in our case, the polarization State) from one photon to another. Methods, developed in this experiment, will be of great importance for research in quantum communication, and future experiments on the fundamentals of quantum mechanics.