The theory of Linguistic-wave genetics gives a number of postulates, which can and should find evidence in medical and applied terms. 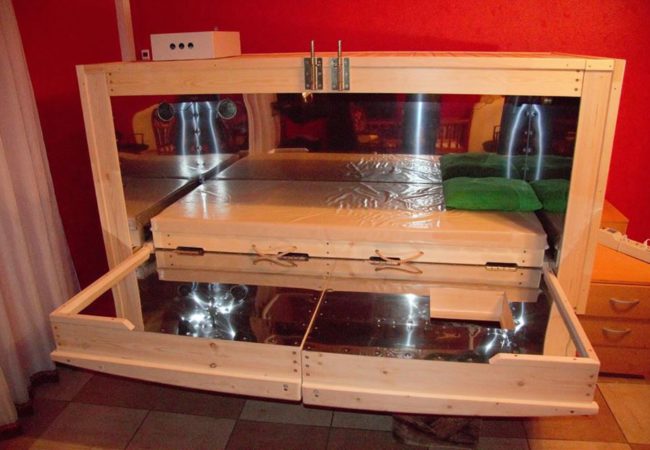 The main of these purely theoretical propositions is the functioning of some quantum equivalents of genetic-metabolic structures, with functions, similar to material prototypes, e.g. genes, as well as other important molecules of our body. Experimental evidence has been obtained for the crucial Act of materializing quantum phantoms DNA [DNA Decipher Journal | March 2016 | Volume 6| Issue 1 | pp. 01-11

Now it's time to put this phenomenon into practice, how quantum equivalents of genetic-metabolic structures , really work for the benefit of people? We already have a significant part of these practices, when patients use Garyaev matrices for many years. Now, at a new stage, we have worked out the technology for using such matrices in the Information-wave capsule version.

The information-wave capsule is a complex geometric structure of reflective structures of a certain composition, which amplifies the acoustic-spinor radiation of the patient himself, receiving wellness sessions directly in the capsule. The patient's physical fields emission is corrected and amplified in such a way, that allowed to achieve the maximum state of health . This correction is carried out, by audio Garyaev matrices, as the main component, embedded in the information system of the capsule.

The sound range used lies in the frequency range of human speech, and contains a bioactive principle in the form of a spinor component. In chemistry there is a powerful direction of regulation of chemical reactions by spinor fields, called spintronics. In our case – this is biospintronics of the functions of genetic DNA macromolecules, RNA and proteins.

Unlike normal (Classic) genetics and molecular biology, Linguistic Wave genetics operates with the concepts of remotely transmitted working wave genes (quantum equivalents or "phantoms" of DNA) and considers the genetic apparatus as a nano biocomputer, capable of making decisions and managing a biosystem based on the principles of laser physics, holographic, quantum nonlocality and linguistics.

A significant difference between Linguistic-Wave genetics and classical genetics is a different understanding of the principles of coding key regulatory metabolites of organisms - their proteins. It is also the inability to raise the intellectual level of people by orders of magnitude through directed effects on quantum non-local sign operations of brain neurons.

Feedback of the people, cured of incurable diseases with help of our technologies, the examples of practical successful application of the principles of Linguistic-Wave genetics tell us:
1) about the reality of the existence and functioning of wave forms of genetic information;
2) the genome is a text-like formation with the beginnings of quasi-consciousness at the level of chromosomal nano-biocomputing;
3) about, that, realizing this, we are entering other dimensions of genetic information, allowing us to operate with the control meanings of DNA geno-texts and their quantum equivalents, as well as holograms of the chromosome continuum, constructing Space-Time of the biosystem under construction.

All these are new factors of soft, non-invasive quantum control of the strategic functions of the human body and the entire biota of the Earth. And all this is used in the theoretical substantiation of the principles of operation of the Information-Wave capsule.

In plain language, without complicating the understanding of physical and mathematical excursions and the theory of genetic coding, the essence of the work of the Information-wave capsule is reduced to the positive control of informational physical fields (IPF) by the human body.
IPFs have been studied for a long time and for the most part, to no avail. To make matters worse, information and physical fields have become a feeding ground for charlatans of all kinds, turning science into mysticism. But it's well know , really, quantum physics, a theoretical base of information-physical fields, manifests itself very unusually for the layman and in some cases goes beyond the limits of formal logic.

For example, the so-called "tangled" (not separated) elementary particles (photons, electrons, etc.) when moving away in different directions, elementary particles can instantly transmit information to each other (photons, electrons, etc.) when moving away in different directions, they can instantly transmit information to each other regardless of the distance. This have been already mentioned above, but I will add. This effect, confused even Einstein, called quantum non-locality or the Einstein-Podolsky-Rosen phenomenon (EPR). Such immediacy, seemingly, beyond logic. After all, we are used to, that Cause precedes Effect, and here they work in pairs at the same time. What is not mysticism? But it's quantum, scientific mystery (the term is accepted in official science). I don't accidentally say EPR, since the main information processes in the human body are associated with EPR and, primarily, with our genetic apparatus, what is the challenge to "classical genetics". Let me remind you, that genetic information is responsible not only and not so much for, that children look like their parents.

Genetic information strategically controls all human biochemistry and physiology. And if we can quantumly control the genetic, metabolic and physiological processes in the human body, then we can (and are already capable of) correct health and prolong life of a person. The matrix technology developed by us in this direction has already brought us unprecedented results in the field of regenerative medicine (in the examples below, we used complex treatment- audio programs, administering programmed stem cells) when we restored sight to the blind and regenerated the damaged spinal cord. A person, who was completely paralyzed for many years, now back to active life, drives a car, has business.

The so-called incurable diseases, such as cystic fibrosis, Downism, scars from frostbite, limbs, threatened with amputation, and other terrible ailments can be corrected by our matrix technology. We have patents and priorities.