One of the worst late complications of diabetes is considered diabetic foot gangrene, which develops due to different reasons. We have learned to resist the disease drug ZhKIM. The point, that glucose is toxic to vascular endothelium, penetrates into cells, She calls them swelling, restructuring and further destruction. And damage the inner layer of the veins and the arteries leads to formation of blood clots and narrowing the gaps, that has a significant impact on blood flow, slowing it down and reducing the amount of oxygen, delivered to the peripheral tissues.

Due to all of the same raise glucose levels, each wound represents a nutritious Wednesday for bacteria, which encumber the wound surface. This leads to a longer healing of lesions and frequent suppuration. The combination of the two factors described leads to, that people in the prime of life risk being left without lower limbs, because diabetic foot gangrene not some to intimidate people:, calling monitor sugar levels, but the very real prospect of unpleasant consequences.

Modern medicine is not able to comfort patients in full with this pathology. Everything is confined to observation and attempts to slightly adjust metabolism due to the vitamins and drugs, reducing sugar. The real healing, that comes just a few weeks from the beginning of therapy may not count. In such circumstances, gangrene of toes may result in amputation operation, If promises to last and turn a blind eye to the, that with every passing day it only gets worse – new sores, progressive pain, foot becomes similar to a scene from the horror movie. In the age of free information you can find really effective methods, that help patients, faced with similar problems. It will be about liquid quantum information matrix, that was developed doctor of biological sciences, pp Garjaevym, on the principles of dualism and matter waves. Information field of any liquid, can be changed due to modern technologies BTY.

The principle of treatment is very simple – matrix launches and stimulates the regeneration process, due to which the damaged tissues are replaced with new structures, created due to activation of the reserves of the organism. Even diabetic foot gangrene no longer a sentence, overruling the lower extremities. Method based on the principle of compress. The algorithm is very simple – You must process an antiseptic tank surface, attach to rankam sterile napkin, previously soaked in liquid fluids harvested information matrix.

You may not know stage foot gangrene, Photo say it all for us. With an enormous complication can handle due to liquid quantum information matrix, the first results will be visible after two days, don't need long and agonising wait, believe and hope. Regenerative ability ZhKIM, will help your body where greater, than we can imagine. 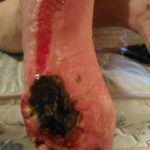 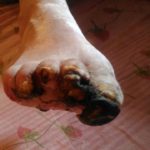 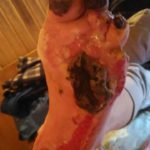 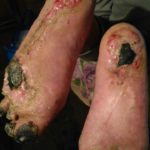 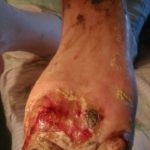 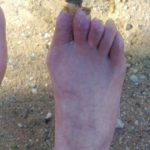 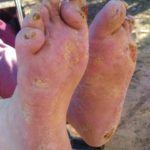 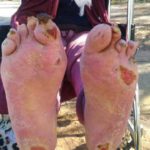 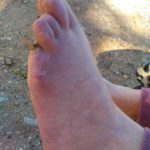 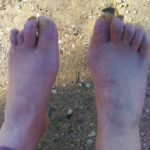