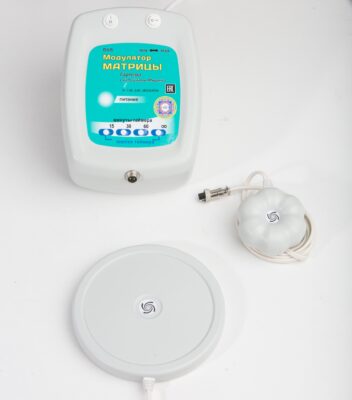 Important regulatory functions in the human body are performed by torsion or vortex effects.. They are directly related to the principles of linguistics-Wave Genetics, which is studied by specialists of the Institute, the set up matrix modulators Garyaev coils Mishina. The principle of operation of this unique instrument is the ability to penetrate deep into the cells of a static field with a change in its structure. It is a good alternative to antibiotics and the chance for patient recovery, suffering from various, including serious diseases.


The principle of operation Mishina coils

Most of the health problems occur due to improper protein synthesis, resulting in disturbed metabolism and reduced human immunity. The result of such violations is a slow healing after injury, not the body's ability to fight infections, there are problems with the heart and blood vessels, increased risk of cancer. The human body quickly wears out and gets old, and through the use of coil Mishina, which can be bought in Moscow in Institute of Linguistics-Wave Genetics, cell regeneration process is started.

How to use coils Mishina

Use Mishina coil can be independently, after consultation with the specialists of the Institute, and their contacts can be found on the official institution website. The first time to work on the affected organ is necessary for 15 minutes, after which the intensity of use of the device changes. Intensive treatment involves daily use of the device for 15-30 minutes, but if the body is too sensitive to field, the exposure time can be shortened. Buy Mishina coil – Important regulatory functions in the human body are performed by torsion or vortex effects..

Since the principles of linguistics-wave genetics is directly related to so-called torsion (eddy) effects, which in the human body perform important regulatory functions, we were able to use them in devices Mishina, which are based on the properties of the static field to penetrate pathogenic entities and their destructure. both technologies, complementing each other, We helped to create the matrix apparatModulyator Garyaev coils Mishina, that restores the human condition (and other living organisms) to standards. Since the body is constantly going on formation of zones with abnormal metabolism, there are deviations from the norm in the biosynthesis of a number of proteins, there are problems with health. Eddy currents Mishina devices, to which are fed a similar, sprinkle, flows from Garyaev devices, being united, significantly enhance the positive effects of each other. Field, a coil Mishina, modulated matrices Garyaev.

New technology to a certain extent are analogs of antibiotics (wave antibiotics), alternative treatment and prevention of a variety of diseases. modulator Garyaev – Mishinand is able to accelerate the recovery from various injuries obtain, significantly improve the condition in oncology, in case of problems with the nervous, Cardiovascular, and a number of other immune system in the human body, slow down its aging, start the regeneration of tissues and organs, that were previously impossible.

Exposure field is a disk or a torus, Important regulatory functions in the human body are performed by torsion or vortex effects.. Disk is recommended to work on the abdominal organs (abdominal organs, thorax, head). Thor - on musculoskeletal education (joints, ligament, muscles, reflex zones of the body). At the beginning of work it is recommended to work on the body for 15 minutes. Further, the exposure time a person picks himself, by the appearance of sensations, or absence of the effect such a field coil. With the passage of an intensive course of treatment effects increased to hours. As a preventive measure - 15-30 minutes, in one day. The duration of exposure is set to a timer device (15 minutes., 30 min. and 60 min.). at startup modulator Garyaev - Mishina, after installing the operating time, corresponding indicator lights and an audible signal is applied. After the end of the timer signal is supplied as a sound. In operation, the disk or torus can be moved around the impact zone. With high sensitivity to the effects of the field can reduce the duration of the procedure. 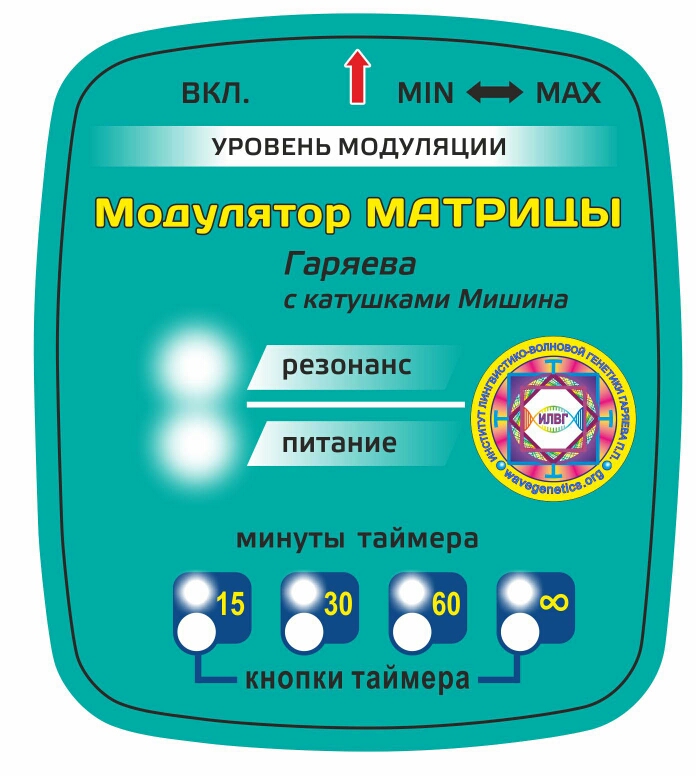 Supplied matrix modulator Garyaev coils Mishina includes, in addition to the coils, some universal programs, general-purpose. For full effects it is recommended to buy with a modulator individual programs.
The modulator can be used not only for the restoration of human health, but also in animal husbandry, Planting.