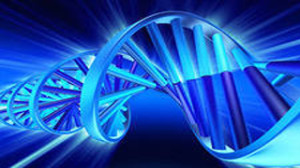 It is a state of contradiction theory and the visible physical reality lasted for about 30 years. Then D. Bell [54] He developed the idea of the ESR. An active part in this also took h. Bennett et al [55]. The main difficulty was, that should have been in theoretical constructs do not violate the fundamental principle of quantum mechanics, If Heisenberg for dualističnogo real wave of understanding of quantum objects. This uncertainty principle is impossible to correct the simultaneous measurement of properties, for example, a photon, as waves and as elementary particles. This problem has been withdrawn after experimental proof of the existence of "sputannogo" (entangle) status of elementary particles. Perhaps, This "confusion" is the fundamental basis of wave transmission of genetic information between the cells of the body. There is no prohibition to consider living cells and DNA as a continuum of elementary particles. In a twisted position, both the elementary particles are part of the same quantum system, that all, What do you do on one of them, predictably affect another. Bennett and his colleagues believe, that muddled the Division of particles in space can serve as carriers of their mutual status and, Therefore, mutual information, Since any altered state of the particle, it's information. For the experimental implementation of ESR-channel, It was necessary to the coexistence of three sputannogo and two-photon scattering, that was carried out by two groups of researchers-Vienna, led by Anton Cojlingerom, and Roman, under the direction of Francesco de Martini.
The experiences of the Group Cojlingera [56] and De Martini proved feasibility EPR principles in practice for transmission via optical fibers between the two polarization states of photons by a third at distances up to 10 kilometers. After this discovery in the leading countries are powerful programs to apply this effect to create optical quantum computers and quantum cryptography, where media and its system of protection will the photons. Speed and amount of information will be the dozens of orders of magnitude greater than any existing computers (especially, If the laser photons of liquid crystals of chromosomes). The idea of using the phenomenon of quantum Nonlocality biological profiles very attractive and in vision, and in practical terms, including the creation of DNA computers. She is well fit our data on wave landmark designation Geno-information-metabolic and mental of Biosystems. In this sense, the first, but pretty weak, an attempt to understand the applicable concept of ESR to the biosistemam made several earlier [57].
The work notes, that perception of reality is based on different organisms and, in a sense,, more effective principle, than the one, that is used in more formal procedures in science. This principle, on the thoughts of the authors, in some circumstances is "not fizičnyh" interkommunikacionnyh iconic interactions not statistically between spatially separated biological profiles, that is, telepathy. Why not "fizičnyh" and what is the ESR, It remains unclear.
Once again put a question, but more narrowly, and without affecting premature problem telepathy, -does the phenomenon of quantum nonlocality in the genetic apparatus of Biosystems? If Yes, How? I see, that assumption here would be of a preliminary nature. However,, the need for working hypotheses are overdue. In the versions of the genome wave [29, 30] EPR-effect is a desirable component of, which logically can make a chain of reasoning about the iconic features of the genome wave. Nonlocality of the genome, as coding and alienating the genoinformaciû chromosome continuum, had already been laid in his holographic functions. This sort of information is distributed in the genome, as the hologram and/or kvazigologramme, and as the fraktale simultaneously. This may be the case, If the genome from a purely physical perspective. The genoinformacii still not working quantum nonlocality. Genogologramma, If "read" her, causes the, the substance of the chromosomes has disposed of symbol-shaped wave fronts as guides of vectors biomorfogeneza.