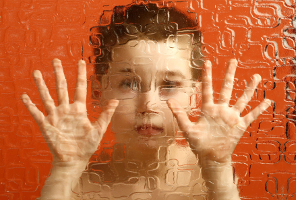 Autism -disorder, that occurs as a result of the breach of the development of the brain and characterized by a strong and comprehensive lack of social interaction and communication, and the limited interests and repetitive actions. All of these signs are seen in up to three years.

Similar status, where there are more signs and symptoms, refer to the autičeskogo spectrum disorders. The Reasons For Autism closely related to genes, influence on the maturation of synaptic connections in the brain, However, the genetics of complex diseases, and at the moment it is not clear, that usually has more to do with the emergence of autičeskogo spectrum disorders: the interaction of many genes, a rarely occurring mutations. In rare cases, found a stable association of illness with exposure to substances, of congenital malformations.

Other suggested causes are debatable, in particular, not received any scientific evidence for the hypothesis, linking Autism vaccination of children. Autism every third child 88 in the world, And boys like condition occurs in about 4 times more often, than girls.

According to the United States, in 2011-2012 autism and autistic spectrum disorder is officially diagnosed in 2% of pupils, which is much higher compared to the 1,2% in 2007. The number of people, who discovered Autism, a sharp rise in the 1980 's, partly because of changing approaches to Diagnostics; It is not yet clear, have the real prevalence of disorders.

When Autism marked changes in many areas of the brain, But exactly how they develop is unclear. Usually parents notice signs of disorder during the first two years of the child's life. In spite of the fact, that in the early stages of the disease can help the child acquire skills self help, social interactions and communication, currently unknown methods, can fully heal from the Autism.

However,, in recent years, the booming new direction in genetics is a lingvistiko-wave genetics, that actually becomes a completely different understanding of the functions of chromosomes as the quantum biokomp′ûtera, as an open system, in outer space, the Catholic information. It became clear, that genetic information is not limited to the functions of encoding proteins. The real genetic coding, including the level of brain functions, implemented in three strategic vectors-lingvističnosti, golografičnosti and kvantvoj nonlocality. This means, that our chromosomes as quantum bio computer uses DNA, RNA and protein structures as real text and as a system of spatial-temporal organization in the development of the human embryo until adulthood. AND, In addition, This information is in the body of the quantum path cross-premises, i.e.. instantly.

Knowing these genetic texts and grammar laws created in the genome chromosome of holograms, can be reasonably adjusted ethics arising in the course of disease and ageing of pathological changes in chromosomes and the human body as a whole. This is important when Autism. In this case we use the principle of Bomovskoj hologram, or the Noosphere to Vernadskyi, where there is information about each person. Such information can be obtained from special acoustic spectra umbilical cord blood and placenta of newborn babies, as well as their images on the photo.