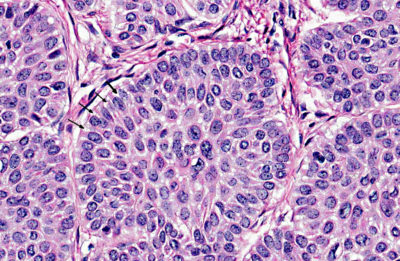 The effect of biostructures modulated electromagnetic radiation on alloxan diabetes in rats.

storage and transmission of genetic information management problem during embryonic and post-embryonic development is fundamental. Purpose - to define the fundamental possibility of stimulation of regenerative-tion of the pancreas (IDR) in situ rat via broadband electromagnetic radiation (ShEI), modulated (by photons) rat pancreas preparation of the same line. To do this, we studied the effect of modulated biostructures SHEI on the course of experimental diabetes (SD) in Wistar rats.

For modulated biostructures SHEI used technology developed by us with the use of a helium-neon laser. Helium-neon laser output of 2 mW and a wavelength of 632.8 nm has two combinations, orthogonal linearly polarized odnochastot nye radiation mode. Freshly isolated spleen or pancreas preparations newborn Wistar rats were applied onto a glass slide and placed on the optical axis of the laser beam. The adjustment of the slide with the preparation produced in this way, to provide retroreflection partial beam into the laser resonator. Such a multi-pass mode allows you drug-step into the role of an optical correlator and influence the distribution of the radiation la Zera secondary events. To detect the signal correlation is-polzovali two spaced apart fashion with perpendicular polarization. Opti-cal signals are recorded and applied to the electronic circuit, which controls the laser generation mode, wherein the intensities of the modes are compensated. In this mode, the laser generates SHEI, dependent direct-probing biological product. Distance from drug to an active laser element was 11 cm. The photons of the laser beam colliding beams mo-dulirovalis drug, including two related orthogonally polarized radiation com Ponente.

The experiments used adult male Wistar rats aged 5-6 months, average weight 180-220g. Experimental causing diabetes-whether by intraperitoneal injection of 1.0+0.2 ml of alloxan solution (200-300 mg / kg weight of the stomach-tion) after a 24-hour fast in the background standards-cial indicators of blood glucose Ms-votnyh. The animals were divided into 3 groups of 10 Ms-votnyh: Group 1 - control without SHEI, 2nd and 3rd groups were exposed SHEI. The 1st and 2nd groups of alloxan was injected at a dose of 200 mg / kg, in the third group - 300 Mg / kg. The animals of group 2 placed at a distance of 70 cm from the source SHEI (laser) 3rd - at a distance of 20 m from the source of cis-SHEI partially shielded (basement) laboratory room.

heart tissue, light, liver, kidney, Silesia ki and pancreas were taken for macroscopic description and histological examination: in the control group - on the third day after alloxan injection, which corresponded to the maximum day of animal death; in the 2nd and 3rd Group - 1 day after the last day of exposure SHEI, corresponding to the 7-th day after alloxan administration in group 2 and 4 th days in Group 3; as well as the 42 th day of the experiment, the surviving animals. For histology, tissues were fixed in 10% neutral formalin, dehydrated in alcohols of increasing concentration and embedded in paraffin Paraffin sections 5-7 micrometers in thickness were prepared on a microtome 'Leica SM 2000R”, stained re-matoksilinom and eosin and analyzed under a microscope “Leica DMLS”. The video images were obtained on a video system using CCD-camera.

The use of sub-toxic doses of alloxan in the control group contributed to the development of diabetes, complicated by a number of toxic damage of vital organs and systems that Dilo-reducible to high mortality (70%) already on the third day (rice. 1). Blood glucose levels during the observation period did not decrease spontaneously.
SHEI clearly influenced the course of experimental alloxan diabetes in the 2nd group. On the 3rd day accounted glucose peak (25.21 ± 1.03 mol / l) authentically (р<0.05) wherein from baseline (5.70 ± 0.30 mol / l). On the 7 th day of the glucose level significantly (р<0.05 with respect to data before SHEI) decreased to 6.75 ± 0.60 mol / l. After exposure SHEI blood glucose level significantly decreased in 80% of the animals 20% of the animals died on a background severe hyperglycemia for 6-7 days after administration of alloxan, that differs from the control group-hydrochloric (rice. 1). After 1 day after the last-second exposure SHEI ie. on the 7th day experi-ment in the blood glucose level was within the physiological norm (5.56 + 0.12 mmol / l) in 3 rats.

Five surviving rats were followed for 1.5 months. In 3 of them estimated the reproductive function. One rat did not produce offspring, and died on the 40th day after the administration of alloxan, that is very different from the control group (rice. 1). Two other rats were given full-fledged offspring 14 and 11 pups. In 1.5 months after the administration of alloxan in survivors
4 rats were removed for pathologic tissue study in the blood glucose level
these animals was less than 10 mmol / l.ShEI effect on the course of experimental alloxan diabetes rats Group 3. mortality, However,, different from the data 2 and control rpupp (Fig. 1). In spite of the large dose of alloxan administration to animals of this rruppy characterized by an increase continuously-sti life compared with controls. Mortality in the group 3 4 th day after alloxan administration was 50% compared to the cont-lem. In 2 rats Group 3 for a long period of observation (1.5 months) It noted vibrational-set of blood glucose from normal to the maximum value (>30.6 mmol / l). Ana-logical picture was observed in 1 rat in group 2. Despite the apparent hyperglycemia in those-chenie, the observation period, general-set consisting of these animals regarded as satisfying-ritelnoe, They were active and lived for 40 days after administration of alloxan. 1 day after the last exposure SHEI, i.e.. is 4-sutki, We spent 2 euthanasia of animals and seized tissue for research patmorfologicheskogo. For OS-tavshimisya animals (3 rats) were followed for 1.5 months. In 2 of them were evaluated repro-efficiency function, which was reduced.

Histological examination of prepa-Ratov pancreas revealed a number of features (rice. 2). In animals with alloxan diabetes found expression-conjugated degenerative changes islands Lan gergansa (rice. 2. b). The number and size of islets decreased. Their form is incorrect. The number of β-cells dramatically reduced in the islets, in the majority of them-stve marked vacuolization of the cytoplasm, decrease in size of nuclei, condensation Ting chromium in some cells - karyopyknosis. You, revealed the presence of lymphocytic infiltrate around and inside of the islands. Gistologiches-kai picture pancreatic preparations rats of Group 2 on the 7th day after alloxan administration Otley-chalas signs of functional tension operation islet unlike preparations cont 'roll group. The nuclei were mostly un-vrezhdeny (rice. 2, in). The large-operation coli islets regular shape and a normal histological structure near blood sinus and ductal after 1.5 months after alloxan injection the pigs may fies the activation of regenerative processes in the pancreas (rice. 2, y.).

This act, Perhaps, It involved the principles of quantum non-locality (sputannos-ti) morfogeneticheskoi information relating to the polarization (spin) photons modulated laser beam and the subsequent transformation-mations photons in SHEI [1,2]. To a certain extent this is confirmed by the recent-ter the results of successful “introduction information” (properties) various substances directly into the brain of people with subjects using entangled spin states [3]. To create “confused state” between the spins of nuclei atoms mov-active substances (morphine, chloroform, deuterochloroform, ethyl alcohol, nicotine, n caffeine al.) and nuclear spins matter of the brain, of the brain used for pulsed magnetic-le, flash, Microwave izluchenis and red la-grain light [3].