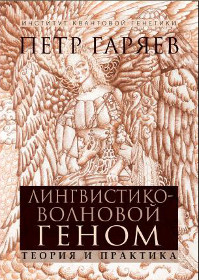 The book touches upon the fundamental questions of the genetic code, which are related to the structure, functioning. Clearly, that we are still far from a complete solution of all issues of the genetic code, but the ideas of prof. Garyaeva P.P. and his colleagues provide an opportunity to see something completely new in the work of the chromosomal apparatus of living cells. A fundamentally new scientific and practical direction is seen, which could be called "genetic-wave navigation and control in biosystems". It was submitted by the author within the framework of theoretical models, confirmed by own and independent experimental studies. The quantum component of the genetic work of cells is extremely important. Sure, that the gigantic scale and complexity of cell metabolism, tissues and the body as a whole must be managed. In this regard, the author puts forward a new and significant idea of ​​genetic quantum biocomputing. This approach is also interesting for optoradioelectronics., radio engineering, computing, navigation and control systems. Moreover, wave mechanisms of cells are directly related to nanoelectronics. Living organisms clearly show us examples of nanobiotechnology, effectively using for its own wave biocomputer regulation such actively working nanostructures as enzymes, ribosomes, mitochondria, membrane, cytoskeleton and chromosomes. Nanotechnical mechanisms of cells and their genetic apparatus require theoretical and biological understanding and physical and mathematical analysis, which allows you to create, including, previously unknown fundamentally new laser-radio wave technologies for genetic control of the metabolism of multicellular organisms. The results of using such technologies by the team of P.P. Garyaev are impressive. The authors correctly and extensively, demonstrated long-range (many kilometers) wave transmission of real control genetic information from the donor's (living tissue) to recipient (organism). Until recently, such a transfer was considered fundamentally impossible. Now it's a fundamental fact. It becomes possible to create a perfect unique molecular-optical-electronic equipment, which will be able to perform the most complex navigation and regulatory functions for the positive control of the genetic and physiological functions of organisms. The problem of creating a genetic laser is being considered. The fact of laser pumping of DNA and chromosomes ‘in vitro’ acad.. P.P. Garyaev and his colleagues have already demonstrated and published in 1996. and confirmed by the work of Japanese researchers in 2002. Such a laser will perform many, previously incomprehensible functions of the genetic apparatus for solving problems of biology, medicine and agriculture. Another side of such work is the possibility of using coherent states and radiations of living cells and their information structures for designing biocomputers, working on the principles of holography, solitonics and quantum nonlocality. In fact, the prototype of such a biocomputer was created by the team
P. Garyaev, which made it possible to obtain unique results on quantum gene translation and long-range wave genetic control. The use of chromosomal lasers and biocomputers is not limited to what has been said and extends beyond the boundaries of biosystems - to space communication, management of highly complex technical processes, aviation navigation, etc. The work highlights a number of unsolved problems, including the study of DNA wave replicas and laser-radio wave processes, taking place during the removal and transmission of quantum bioinformation from the Donor to the Recipient. I think, that the publication of a monograph by P.P. Garyaev will contribute to the further process of investigating one of the divine mysteries - the mysteries of the genetic code and will lead to the application of new ideas for the benefit of mankind.
P.P. Garyaev, 2009, "Linguistic-Wave Genome. Theory and practice". Monograph. 218c. Publishing House: Kiev, Institute Of Quantum Genetics. ISBN 978-966-16-48-22-6
First English edition April 2016.
Edited by McCallum, Graham. First English ed. 2018.
Translated by Bondarchuk, Oxana. First English ed. 2018.