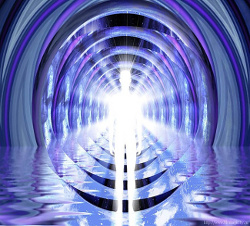 To realize the enormous potential, of Linguistics Wave genetics certain methodology and apparatus are needed. The key is the laser technologies, allowed us to simulate quantum informational processes inside chromosomes on the level of spin states of photons. These technologies created by us and developed. Notice, lasers have long been used in medicine, however in rather primitive cases. It could be compared to the martial arts technique used to break bricks with the head. Clearly, there are better uses of your head.

What has already been obtained in practice when using technology of linguistics-wave genetics?
1. Received primary results, including also the Bomov Principles, on long-range transmission of genetic and metabolic information on plants and bacteria, as well as in application to the sick and old people. For example, managed to start curing previously incurable genetic diseases, such as cystic fibrosis, epidermal bullosis, Downism.
2. Quantum programming of stem cells and launch of directed cytodifferentiations were carried out, which allowed the teeth to regenerate, pancreas and intestines, as well as in some cases to return sight to people.
3. Primary evidence of real inhibition of aging in humans and partial return to a younger state. Marker – return of the menstrual cycle to women around 70 years of age.
4. Principles of writing-read the spinornyh field of the genetic apparatus has not used them in biological processes. For example, quantum information about zirconium was introduced into aluminum smelting, which made it possible to obtain fundamental changes in its strength properties.
5. Results on permissive wave translation of one of the most important neuronal genes are obtained (Gene BLBP) into stem cells and triggering their transformation into neurons. This allowed us to repair the damaged brain after the injury.. Demonstrated permissive wave long-range translation of the BLBP gene from neurons of the cerebral cortex of rats to mesenchymal stem cells (MSK) rats, subsequent selective inclusion of this gene and biosynthesis of its protein product in MSCs. This is an element of programmable quantum control of cytodifferentiation of stem cells.

Materials filed for patenting and subsequent publication.
The results show, what we can apply technology of linguistics-wave genetics in programming stem cells at the quantum level and in the right direction. The problem of stem cell management is a priority worldwide. Hundreds of institutes are engaged in this.. So far, to no avail, because the key to understanding functions stem cells and the mechanisms of their transformation into various tissues and organs - this is the correct interpretation of the work of the genetic (chromosome) apparatus. And she, this work, is an area of great misconceptions of genetics and Molecular Biology in an attempt to understand it. Billions are wasted as a result., as has already been the case with the international Human Genome Program.

The experiment of the Nobel laureate Luc Montagnier was repeated http://arxiv.org/PS_cache/arxiv/pdf/1012/1012.5166v1.pdf to introduce a DNA phantom into pure water. The difference was, that our laser equipment was used. This significantly distinguishes our technique from that of Luc Montagnier's group.. In addition, a longer fragment of DNA was used (1600 base pairs). The fragment was amplified by PCR in the aqueous phase at +4 g. C and identified gel by electrophoresis.

Will list the, that have been received in respect of sick people, using technology of linguistics-wave genetics:

1. Tooth regeneration.
2. Regeneration of the rectum. The patient was regenerated distal end of rectum after surgical removal (cancer).
3. Hair regeneration.
4. Girl 4 years, sick of "incurable" cystic fibrosis, was healed on the spinornomu range of pics of her cousin. Characteristic, that mutation No. 508 (cause of illness) -deletion of nucleotides in one of the few chromosomes, after healing has been repeatedly identified by. That is, the mutation has stayed, and the child is healthy. This paradox is eliminated, the phantom function of DNA.
5. The gradual cure of syndrome behind-Marie.
6. Simultaneous normalization of the status of a large group of people.
7. Quick and full recovery from a brain hemorrhage and the coming paralysis. Patients with bleeding in the brain (stroke, paralysis of half of the body) 4-5 days returned to its normal healthy state, using spinor range of her childhood photos.
8. The patient is in the State of cachexia with "incurable" ulcerative colitis was returned to its normal state in the same way.
9. Restoring lost vision. Sick, blind in the right eye, became normal to see similar through.
10. Cure bone cancer and breast cancer.
11. Several elderly women in menopause menstrual cycle was returned as a clear physiological marker to return to a more youthful State. Beat also used their children's photos.
12. Anti diabetnye effects.
13. The patient was regenerated facial nerve, breaching during botched surgery. Restored normal facial symmetry.
it's 14. Primary signs of a deceleration of aging.
15. Independently there is case, When a client, who wishes to improve their health, given his baby photo, captured at the time of inoculation against smallpox, at the time of maximum response to vaccination. After a week of using the spinor spectrum photo patient at 60% was covered with sores, characteristic of smallpox. Was quickly obtained a range of from another child photo, where the child is in a healthy condition. Developing smallpox was blocked. In General,the used technology is characterized by a return to past illnesses and injuries, but the return of short-term. Biological time would quickly looks through the previously proven pathological condition.

The cure for these cases until the tentative. Probably, spinornyj spectrum with baby photos of patients and their relatives (healthy) the address Bomovskoj is a kind of Hologram donors photo. It contains healthy correcting information in the spinornogo spectrum photo. It can be used to cure, including "incurable" diseases.